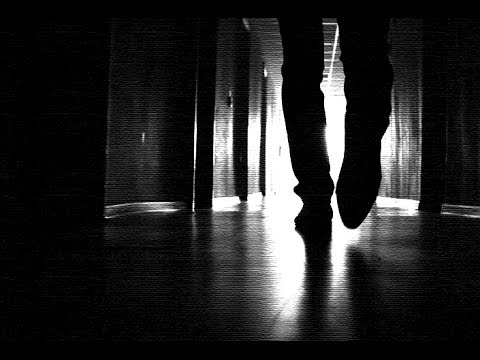 I like the sound of MY footsteps. They are loud and heavy. As if they know where they are going and what they are about to do. I hear many other different footsteps. They ring into my ears like cars or coasters sometimes they are fast but mostly heavy. I rarely hear footsteps like a cat with winged legs , silent as the dead of the night but with the grace of sheer anticipation. Who could this be? Or what you might be? And I stood their behind the door waiting to see who or what I’ll see as it opens. But it doesn’t open nor does it make a noise as if someone has checked the other side in.

I let out a sigh. Today may not be the day.

May 22, 2014 We argued through text. A habit that we know is quite effective because it does not sound so loud in the ears…I can just flip my phone, turn it off, leave it and wait until you stop firing me with your words that are as sharp as an army knife and as vicious as your jealous eyes. I could only imagine you bringing out that green-eyed monster compressed deep down into your system it didn’t manifest itself.

Two days later, I went home dilly-dallying, scared of what I might see behind the door. I walked fast then slow, slow then fast attempting to stop but not really. Will this be my fault again? I remember that old lock fastened in that wooden door. Anyone could try to break in but the landlord told me how it’s been 10 years and no one has accidentally destroyed or run into it despite having a lousy foundation. Despite being old with loose screws. I walked with faith in my heart and prayers that could run a marathon on a Sunday night. I said, Dear God, If I were to be buried today, please let it be swift and easy. But if I were to stay alive, please let me see what ‘tomorrow’ looks like after braving the day’s storm.

I stood in front of the door holding that knob like a kid who has never seen what a bicycle looks like and yet so anxious to hop and ride it down town WITHOUT training wheels. Imagine the thrill of falling and getting wounded but not really until you fell and got yourself hurt.

In that moment, I lost 99 percent of my oxygen. I couldn’t hear the sound of my breath. I couldn’t feel whatever I was touching even though I knew that it was just A DOOR KNOB. My fingers curled and fastened themselves around it like ivy’s, like dinosaur’s teeth.

I opened the door. And I felt the burst of air on my face suddenly . I mean I was expecting to see an angry and frustrated figure but I was only greeted by the coldest air stuck in there only time knows when. And even though I know that the longest word in the English dictionary was pneumonoultramicroscopicsilicovolcanoconiosis, I was was still left speechless!

You left the cabinets empty, the drawers messy. I didn’t see or hear your footsteps. But I could imagine how huge your steps were around the house or how you hurriedly packed your luggage to leave or how fast you grabbed that door knob without looking back similarly, you left me with nothing but my own lungs breathing the smell of an old house, emptied. Torn. Lifeless.

And then, everything changed like the foliage in Autumn in the UK. They were the most beautiful. I saw them in my dreams and in books how these colors interplay in autumn. Turning leaves into orange, red, yellow, brown. And the cold air in September seemed to have enhanced that experience.  I was blown away! I fell in love with Autumn. If only they were not imagined wishes!

You see your imaginations and wishes sometimes don’t go well together. They are like your head and your heart. They are kept in one body but they work differently. The truth is, while I was looking up to those beautiful leaves swaying, I felt the warmth in my bosom. But after some time of looking up, your neck would start to feel heavy as if something beneath you was dragging or pulling your head down. And you begin to realize once you see how many leaves have fallen, being ripped, stomped and carried away by the afternoon wind, all of my hearts valves bled. And for the first time I felt scared. For the first time I understood ‘pain’. The kind of pain that I never even knew existed until I imagined an Autumn trip in Europe.

My reality is even clearer to me now. I was left to rot on my own.

Mid 2016, even though my world has crumbled and my hopes were fed into shreds, there was nothing I could have done. But I’ve got kids. I have a girl who was two years old and an infant. I still have to care for them. So I had to throw my pain away, hide it in another dimension like Alice in wonderland who was being warped in a new territory. The only difference is she’d wake up to an exciting adventure with her friends around and mine, got fed into a black hole. After all, I never really learned to turn pain into bliss.

I worked and started to hear more footsteps. New and different footsteps. This time, they were light and soft. I can see people passing by the aisle. I can see warm smiles and hear laughter coming from the North and South, East and West and they all come into my ears like a gushing monsoon. Noisy, unstable but  just the way I like it. And I thanked God I have survived.

I earned a little of my freedom in the most painful way and I learned to climb the steep road ahead the hard way.

I went back home to live with my parents. And I would have to ‘thank’ them for taking me in and my children as a ‘freeloader.’ Everything went by as normal. I changed my wardrobe. I bought a new suitcase, bought my own make up, I wore heels and stilettos and a fiery red lipstick. I saw friends and hang out. I learned to go home late at night. I taught myself to be WONDER WOMAN with a red cape and a golden crown helping my own little JACK-self to climb the beanstalk. And YES, I have always felt the need to do all this. And I wasn’t telling anybody because inside my heart a voice was desperately screaming “DON’T GO PUBLIC!”

Tell me, if I hadn’t told some of you of my story, would you even notice that I was over my boiling point? Would you say that I was happy looking so damn sexy with my flimsy and over the top new clothes bouncing like a girl who got kissed by her crush  in 5th grade?

I bet YOU ALL SAW ME IN THAT LIGHT.

But I won’t blame you. I blame no one but my dear self.

You see, I am no superhero. In fact, I am a hopeless FAILURE. I felt so damn miserable inside while trying to carry myself the ‘normal way!’ I felt so pathetic to always try to wear clothes that didn’t fit me or make up that were never my taste. I felt exhausted to think how NOT to act the awkward way fearing that someone would eventually notice the noise I made and check WHO or WHAT was behind my loud and heavy FOOTSTEPS .